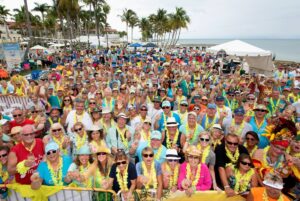 Each year, we recognize the one individual in our club who has been exemplary in efforts to promote our club and involved in the many activities which help us to “Party with a Purpose”, which is the raising of monies for our charities. It is often difficult to point to one person in the club who has done so much more than any one else, especially since so many of our activities require such a combined effort to pull off. However, there can be only one each year (so far). All current members in good standing with the club (dues are up to date, and still active in the club) are eligible for this award, which is decided by all previous recipients of this award only.